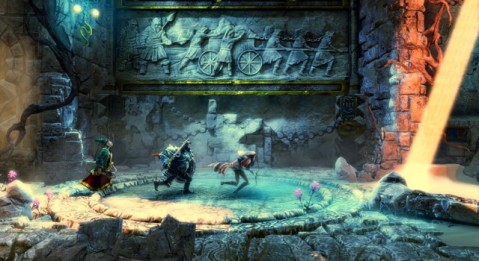 Apparenty, Wii-U’s graphics would have to be downscaled to be playable on other systems, at least according to a FrozenByte associate:

“Basically that does require… well, not huge amounts more graphics processing power, but still considerable. If we would publish that on the other consoles, then I believe that there would be some small downscaling of what it is right now.”

“I think we didn’t start really until sometime early in the year still, but the fact was that we had a lot of things going on. Then when we got over the old things, we started with the Wii U and then in two days we had it running,” he explained. “We had it running really fast. So it was more about knowing your own tech and then having that ‘eureka!’ moment of making it work on this new hardware.”

Comic book writer, game journalist, and aspiring game developer. This handsome fellow is the geek of all trades. He loves comic books, manga, anime, sci-fi, fantasy, video games and everything inbetween. And is the founder of Journey Comics, and World 1 Level 1
View all posts by Kenley Hall »
« Previous post
Next post »